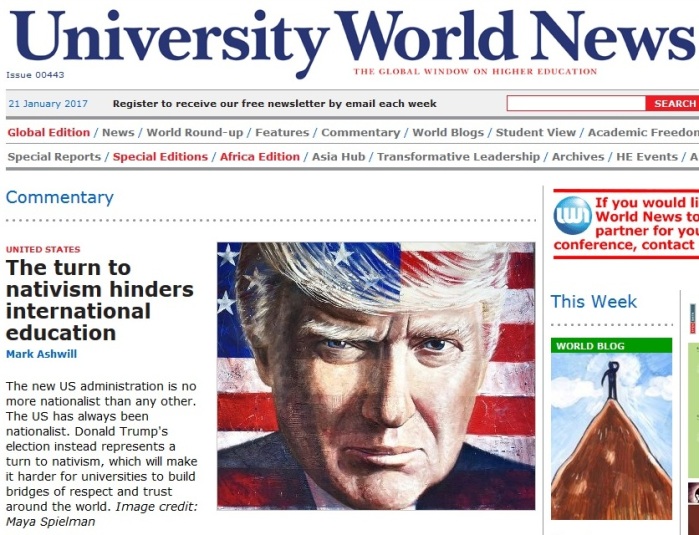 What the United States desperately needs is more patriots and global citizens (the two are not mutually exclusive) and fewer nationalists. The golden question is how to transform the latter into the former. Can this be accomplished through education and training, or are there other factors at play that make this impossible?

Here’s my latest University World News essay, a response to a number of articles there and elsewhere that confuse nationalism with nativism.  (Note:  The title was supplied by the editor.)

My main point is that nationalism in the US is nothing new, nor is there a connection between a rise in nationalism and the ascendancy of Donald Trump.

…I would argue that the ‘turn’ is not toward nationalism, which clearly predates Trump’s election, but toward nativism, the result of populist anger about the negative effects of globalisation.

Follow this link to read the article in its entirety.