Coming Back – Not only to work and otherwise continue their lives but to convert the heathens to Christianity.  Exhibit A, this post of the same name (my bold) about a young Vietnamese woman who earned a Master’s degree and accepted Jesus Christ as her Savior in Australia.

Ly just returned to Vietnam after two years studying for a masters in Australia, she’s just started a great job which was only made possible because of her studies. But Ly didn’t just return with a masters, but with a commitment to follow Jesus Christ. In her first year in Australia she was invited to church by a fellow student, and after several months of Bible study and joining in with the fellowship she happily accepted Jesus as her saviour.

But now she’s back in Vietnam she has the challenge of telling her parents of her new faith, knowing they won’t be very pleased. Then there’s the pressures of her new job, after working long hours six days a week she doesn’t feel like going to an unknown church on a Sunday morning. Ly has found it strange to speak about Christian things in Vietnamese after coming to faith in an English setting.

With more than 100, 000 students studying overseas each year, the openings to reach Vietnamese students are greater than ever. But those who come to know the gospel while overseas find it hard integrating into Vietnamese churches when they return.

Just like a foreign government that tries to exploit societal weaknesses in order to shape Vietnam in its (country’s) image, the growing number of Vietnamese students studying overseas represents a golden opportunity to save souls, or so it goes.  Why can’t “Ly” just go home and live her faith?  Why do others have to become like her?

Here’s an Urban Centers Profile for Ho Chi Minh City from the International Mission Board (my bold):

Urban Centers Profile: Ten million people live in Ho Chi Minh City (pronounced HOE-chee-men), Vietnam. The number is so large, it’s mind boggling. This is the largest city in Vietnam and the economic and manufacturing hub of the entire country. Formerly known as Saigon, the city was renamed in 1976 in honor of their late president. As you go down the streets, you will encounter a wash of color, smells and sounds: the poorest of the poor selling lottery tickets or collecting trash, entrepreneurs pushing their wares on carts, shopkeepers, teachers and students, clerical workers, professional business people and newly emerging wealthy families moving through the city, most on motorcycles, like a teeming river filling the streets. There is an almost raucous, boomtown feel to the city, with constant activity, new construction and new businesses storming in every day. Yet beneath the positive, upwardly mobile veneer, Ho Chi Minh City remains anchored in darkness. Scarcely 2 percent of the population has found the hope and joy of salvation in Jesus Christ. The most predominant form of spirituality is ancestor worship, burning incense and giving sacrifices to the deceased in hopes of securing favor and warding off harm. In addition to their ancestor worship, many also follow Buddhism, Cao Dai, or a unique form of syncretistic Vietnamese Catholicism. Each of these religious expressions show a people seeking to fill an emptiness and assurance of salvation only found in Jesus Christ.

I’ve spent a great deal of time in HCMC and have yet to notice the “darkness” in which it is supposedly “anchored” except in the depths of the night.  While most people haven’t found the “hope and joy of salvation in Jesus Christ,” they have found hope and joy in their families, friends, work and their own rich spiritual traditions, practices and rituals.  Is Christianity, and this particular brand of Christianity, the only way out of darkness?

HO CHI MINH CITY, VIETNAM (HOE-chee-men) – Believers living in Ho Chi Minh City begin with the premise that God is actively at work among the 10 million people there, calling them to follow Him. Jesus said that the fields are ripe, ready and waiting to receive the Gospel, and certainly that is true of Ho Chi Minh City. Please pray that the believers will be bold and faithful in proclaiming the message of His salvation–always looking for those whose hearts have already been prepared by God. Sometimes this process is called “filtering”: sharing the Good News with as many people as possible, knowing that God will use that testimony in His timing, but also looking for the ones who are ready today. Please pray especially for the “Boone,” “Quick” and “Red” teams as they actively engage in this spiritual filtering. These small groups of believers are working together, with a goal of sharing the Gospel with literally hundreds of people in the coming months. Please keep them in your prayers.

A post from 27 June 2013 implores believers to “Pray that they will see the falsehood, the lies, the illusions of such worship and turn to the only One who can give them salvation-our Lord Jesus Christ. Pray that the believers in this city will boldly proclaim the Gospel to those around them.”  A 29 June 2013 post on ReachingVietnam.com had this to say about Vietnamese who had died that week (my bold).  I always wonder which place is more crowded – heaven or hell.  The contempt for Vietnamese culture is palpable.  It’s the Christian (i.e. , Southern Baptist) Way or the highway (i.e., darkness and eternal damnation).  In their view if you’re not a Christian, preferably a fundamentalist Christian and, best of all, a Southern Baptist, you’re a lost soul, not among the “saved,” and going straight to hell. 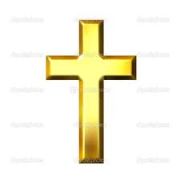 Where did I spend my time this past week?  Where did you spend yours?  If there’s any indication from the facebook postings, tweets, headlines from Christian papers and general chatter – much of the church has spent the last week focused on the deliberations of 6 men and 3 women with some occasional attention to the troubles of a southern chef, immigration reform and a guy trying to get to Ecuador.  I’ve seen mention of pastors planning to preach on the decision made by that group of 9 as well as churches that plan to have special sessions on how to explain their decision to your children.  Are these news items important?  Sure.  Are they worthy of all the attention that the church has given to them?  Not so sure.

Of the three organizations referenced in this post, all originate in the USA (surprise!), according to their domain name registration information, including California, Virginia and Washington.

Bonus Points:  To anyone who can tell me what’s behind the references to the Boone, Quick and Red teams engaging in “spiritual filtering” in HCMC.  Hint:  Start with Google and use related subject terms.  Eligibility:  non-Southern Baptist

Stay tuned for part II:  “The Trials & Tribulations of Proselytizing in the ‘Lost World’ of Vietnam:  ‘Let Us Pray!'”