Ranks 6th Among All Sending Countries

As I predicted earlier this year, Vietnam has surpassed Japan in total enrollment in the US, most of it in higher education.  It recorded an astounding 18.9% increase from July 2015, the third highest after India (20.7%) and China (19.4%), according to the latest SEVIS by the Numbers quarterly update. 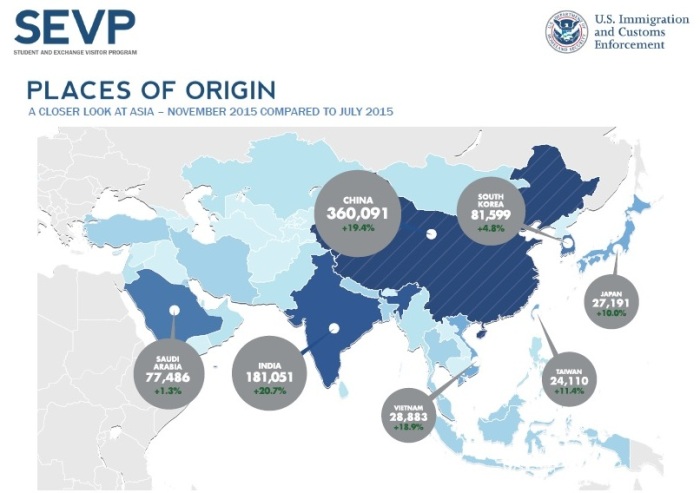 Incredibly, Vietnam now ranks 6th among all sending countries with 28,883 students studying at US institutions, mostly colleges and universities but also boarding and day schools, along with some other programs.  The US has surpassed Australia (PDF), which had 28,524 Vietnamese students at all levels as of October 2015, a 0.4% decrease over the previous year.  As you can see below, Vietnam is nipping at the heels of Canada, which was unimaginable five (5) years ago. 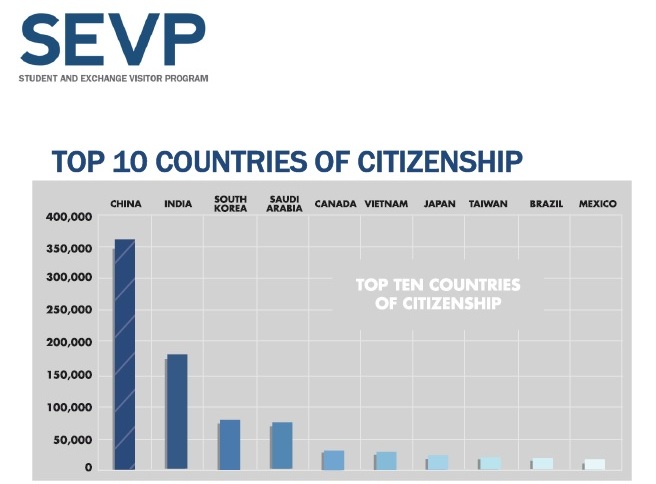 What are some of the reasons for this continued impressive growth?

This is in spite of a high visa denial rate over the summer, especially in the US Consulate in Ho Chi Minh City and growing concern about personal safety, the result of the recent spate of mass shootings.

Extrapolating from the estimate calculated by IIE based on information from Open Doors and the U.S. Department of Commerce, this means that the current contribution to the US economy by Vietnamese students is $919, 461,422. Since most students are self-financing, Vietnamese parents are spending nearly $1 billion on their children’s education in the US.  To put this in perspective Vietnam’s 2014 GDP was $186.2 billion, according to the World Bank.