Here’s an update on the Fulbright University Vietnam (FUV), which is being built on the solid and well-respected foundation of the Fulbright Economics Teaching Program (FETP),  a partnership established in 1994 – the year the decades long economic embargo was lifted and a year before the normalization of diplomatic relations – by the Harvard Kennedy School and the HCMC University of Economics.  The Vietnamese government recently granted an operating license to the Trust for University Innovation in Vietnam (TUIV), the non-profit organization that is the catalyst for this ambitious project.

According to a press release on the FETP website, FUV will be built on a 15 hectare (37 acre) plot of land in the Saigon High-Tech Park near HCMC.  Incorporated as a not-for-profit, foreign-invested university, FUV will offer research and education in public policy and management, STEM (science, technology, engineering and math), medicine, social sciences, humanities, and interdisciplinary sciences.

Where’s the money coming from?  Since it’s a US university, it must be the US government or another US source, right?  Here’s the “money paragraph”, pun intended, in a 10 July 2015 article entitled US-backed university in Vietnam cements diplomatic ties:

TUIV has set targets to enrol 2,000 students and raise US$100 million in the university’s first five years. About half of the US$40 million pledged to date comes from the Vietnam Education Foundation, or VEF, Act of 2000, through which the Vietnamese government has been repaying debts to the United States incurred during the war years.

Let me get this straight.  The FUV, which “is to be designed around key principles of US non-profit higher education, including self-governance and academic freedom,” is classified as a US university but 50% of the initial installment of $40 million is from the VEF balance, meaning it’s (indirectly) from the Vietnamese government.  It sounds like a joint project to me.  Why not call it the Vietnam-Fulbright University?  Senator J.W. would no doubt look down from heaven with a smile on his face.  If you leave out “Vietnam” and the FUV is receiving “about” $20 million in Vietnamese government funding, nearly 30% of the total cost, he’ll be rolling over in his grave. 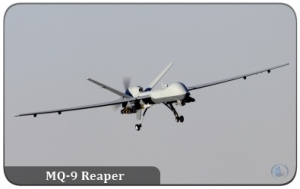 Viewed from another perspective – in the spirit of turning swords into plowshares – the TUIV could fund the entire university, including all three phases, with the cost of just over five (5) MQ-9 Reaper drones.  Let that sink in for a moment.  (Each drone costs $13.77 million, not including the cost of ground stations and other associated equipment.  An added benefit of diverting funds from a drone budget to a new university is that fewer innocents are likely to die.)  Since this not very likely, let’s just call it the Vietnam-Fulbright University in honor of Sen. J. William Fulbright, passionate opponent of the American War in Vietnam, vocal critic of US foreign policy and author of the classic, The Arrogance of Power.  He would be pleased.  Plus, what a great way to cap off the 20th anniversary of the normalization of diplomatic relations between the two countries.

One thought on “Vietnam-Fulbright University (of Vietnam)?”