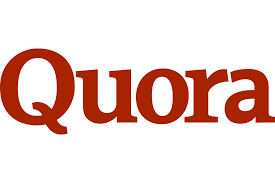 Below are a question asked by someone on Quora and an answer provided on 1 September 2016 by a young man who describes himself as born in Hanoi, now living in Sai Gon.  Quora is a self-described “question-and-answer site where questions are asked, answered, edited and organized by its community of users.”  Its slogan is The best answer to any question. Unfortunately, like most corporate slogans, it’s more of an ideal than a reality.  The fact is anyone who is a member can answer, and some answers are better than others, to put it mildly.

As with Facebook, the only reason I choose to continue receiving their updates is because of the occasional nugget of gold in the midst of what is mostly ore.  Some of the questions and answers are the journalistic equivalent of click bait, e.g., Can humans crossbreed with other primates?, Would you kill someone if it wasn’t illegal? or Did you play “show me yours, I’ll show you mine” as a kid?  You get the idea.

Keep in mind that the assumption is Viet Nam is poor.

Why is Vietnam still poor?

Let’s start with corruption. Vietnam’s government is one of the most corrupted government in the world. The Vietnamese government was ranked at 112/168 (2015) in the CPI (Corruption Perceptions Index) [source]. All the money spent towards infrastructure building, social insurance, etc. flows into private pockets. Furthermore, brain drain (or human capital flight) is a huge problem in Vietnam. So you want to get a job in the government, does your father know “someone”? Do you have the money to “buy the position”? All the high quality workforce, if they don’t work oversea, they work for non-government entities. The low quality workforce somehow got into government jobs, and can you imagine what they can do to the countries?

The common Vietnamese people were educated to not having their own opinions, even if they do have opinions, they’ll be suppressed before saying it. Not to mention every problems in society are handled by “the Party” (Communist Party of Vietnam). Even the Vietnamese Constitution states that “the Party” is the only and rightful leading party of Vietnam.

But things are changing towards better. The young generations are now having their own opinions, their standard of living is raising, they have more concerns about politics than ever.

Yes, there’s corruption in Viet Nam but there’s also corruption in the US, which is considered to be an “advanced country” but certainly a cautionary tale in this and other respects.  For example, 20 US Americans own as much wealth as 50% of the population, a clear indication of extreme wealth inequality and all of its attendant problems. 20 People Now Own As Much Wealth as Half of All Americans  (See Study: US is an oligarchy, not a democracy, based on a study Princeton University and Northwestern University)

Let’s give credit where credit’s due. Here are just a few examples:

4)  Viet Nam ranks 47th out of 127 countries in the Global Innovation Index 2017 (GII) and 9th in Asia, leading the group of middle- and lower-income economies.

As with any country, it’s important to be objective and well-informed when assessing its achievements and its shortcomings. For example, it’s patently false to assert that “All the money spent towards infrastructure building, social insurance, etc. flows into private pockets.” The world is not black and white but rather like a rainbow.

This statement is an oversimplification of a complex phenomenon: “Furthermore, brain drain (or human capital flight) is a huge problem in Vietnam.” A more accurate term is “brain recirculation.” Growing numbers of overseas-educated Vietnamese are coming home to start new businesses or join existing ones, not to mention overseas Vietnamese who have moved (back) to Viet Nam to work and live for the long term, if not for the rest of their lives.

And, yes, Viet Nam’s past continues to haunt its present, including war legacies and the fact that 3.8 million Vietnamese, over half of whom were civilians, were killed during the American War. As others have mentioned, the devastating US-led economic embargo, which was imposed in 1965 on the Democratic Republic of Vietnam (“North Vietnam”), was only lifted in 1994 (!). These are tragic realities not excuses.

In short, Mr. Đức’s one-sided answer reflects a lack of knowledge and perspective. He lacks an appreciation for just how far his country has come in a very short period of time. He does, however, end on an optimistic note: “But things are changing towards better. The young generations are now having their own opinions, their standard of living is raising, they have more concerns about politics than ever.” That’s called development. Why is the standard of living rising?  In large part because of key government policies that date to the Renovation (Đổi Mới) reforms of 1986.

In spite of its problems, many of which I consider to be the “growing pains” of a rapidly developing economy, Viet Nam is widely considered to be one of the great success stories of the developing world.  Isn’t that something Vietnamese and others who have Viet Nam’s best interests at heart can be rightfully be proud of?

3 thoughts on ““Why is Vietnam still poor?””