Skip to content
HomeUS Community Colleges Made a Comeback Among Vietnamese Students in 2015/16! 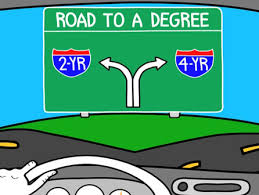 This means that 9,156 Vietnamese students began their US higher education at a two-year school with the goal of transferring to a four-year institution to complete their Bachelor’s degree.  Since the undergraduate enrollment was 14,383, approximately 64% of all Vietnamese undergraduates in the US were community college students.

Before my CC colleagues get too excited, keep in mind that these Open Doors 2016 data are from fall 2015, i.e., already a year old.  The percentages of Vietnamese students who begin their studies at a four-year institution or a community college are almost even, based on the latest 11/16 SEVIS quarterly update.  (CC enrollment is 29.3% vs. 31% for four-year schools.)  This has been the trend, with occasional deviations, since 2009/10.

That was a time when 90% (!) of all Vietnamese undergraduates were enrolled in a CC with most following a 2+2 path.  In 2005, CCs were virtually unknown in Viet Nam.  THAT’S the power of the media and word-of-mouth marketing.  (I wrote an article for the spring 2016 CCID e-newsletter entitled Community College vs. Four-Year Enrollment Trends in Vietnam:  From Steady Decline to Sudden Rebound in which I summarized these trends.  This is a PDF download.  Scroll down to p. 11 to read the article.)

The bottom line is that Vietnamese CC enrollment remains strong for the usual reasons:  cost and convenience (2+2 model), plus the popular high school completion program in Washington state.  (The latter is the academic equivalent of killing two academic birds with one stone.)  Quite a few of these Vietnamese students are in the top three host states of CA, TX, and WA.