Skip to content
HomeIf You’ve Got It, Flaunt It!

Luxury, of course, is a revolutionary new way of life in the Socialist Republic of Vietnam, whose citizens have had to contend with war, poverty, a devastating US-led economic embargo that ended in 1994 (i.e., only 18 years ago!), dislocation, corruption and mismanagement in recent generations.

This explains the typically nouveau riche behavior on display, mostly in the nation’s big cities (i.e., Hanoi and HCMC) but also elsewhere.  It also explains why the luxury market has heated up in recent years.   The dry dictionary definition of nouveau riche as a person who has recently become rich and who likes to spend a lot of money hardly does justice to this state of being and mindset.  I prefer the Wikipedia definition about those who have acquired considerable wealth within their own generation and who were previously part of a lower socioeconomic rank…

In a country with a per capita income that was forecast to reach $1,300 last year, luxury is limited to the select few who by dint of position, relationship, luck, hard work or a combination thereof, have been catapulted from a struggle for existence to the top of the financial food chain, in many cases.  Vietnam is, in some ways, a surreal place where luxury coexists side by side with poverty and deprivation.

From Hiding to In Yo’ Face in 15 Years

As evidenced by the sheer number of luxury everything, cars being the most visible and often ostentatious displays of newfound wealth, the nouveau riche are telling the world that they’ve arrived – overnight, in most cases.  When I first traveled to Vietnam in 1996, I knew a wildly successful businessman who told me he had to hide the fact that he was wealthy with the exception of the big black Mercedes he cruised around Hanoi in, one of the few luxury cars at the time and, as I recall, one of the few cars on the streets of Hanoi.  Now, if you’ve got it, don’t be shy, don’t be subtle, don’t be modest, shout it to the hilltops, go tell it on the mountain, flaunt it!

A recent survey that was the focus of an article entitled New high-income consumers emerge in Vietnam revealed the extent of this rapidly widening chasm of inequality.   While low-income consumers still consider product prices the most important factor in their spending, a new class of consumers who can spend up to $4,800 each time they shop has emerged in Vietnam, a recent survey has found.  …there exists an unequal purchasing contribution among consumers, with the country’s 6 major cities, where 14 percent of the population lives, accounting for as much as 39 percent of the total sales of consumer goods, while the 70 percent of the population that lives in rural areas accounts for only 40 percent of total demand.

The first Rolls-Royce Phantom was imported into Vietnam just four years ago at a cost of $1,086,387 after tax.  (Yes, that’s seven figures, as in a cool million.)  Imported brand new cars are assessed three different kinds of tax: 80% import tax, 50% luxury tax and 10% value added tax (VAT).  So if the well-dressed men I see tooling around Hanoi in their “Extended Wheelbase” Rolls-Royce Phantoms are driving cars that have a base price of $450,000 plus import, luxury and value added tax, you can do the math.  In a city chock full of mega-automobiles such as Lexus, Mercedes, Jaguars, Range Rovers, Escalades, Hummers and BMWs, where “bigger is better,” the Phantom is in a league of its own.  How do people pay for these astronomically priced vehicles?  Cash on the barrel.

As a side note:  It seems like a crying shame to drive such a magnificent machine with a V12/453 HP engine in a city with a population density of 447 souls per square kilometer (.39 square mile) where the average speed is often 20-25 km per hour (12.5-16 MPH).  Talk about underutilization of potential!  It’s akin to putting an Olympic gold medalist swimmer in a country fishing hole or a cheetah in a cage.  Of course, it’s not about performance or the realization of potential; it’s about showing the world how much money you have and how successful you are in the new economic order. 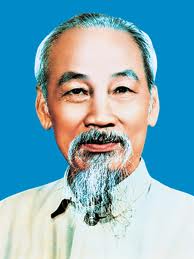 There’s a question that some Christians in the US and elsewhere ask and often with a snicker:  “What would Jesus do?” (WWJD).  I sometimes wonder “what would Ho Chi Minh (think and) do”?  This is not a question that Vietnamese obsess over; they are too busy trying to make ends meet or manage their sudden wealth.  All are coping with the daily stresses of a society undergoing wrenching change in a compressed span of time.

From where I was sitting as I wrote part of this post, I could see an official street banner that read “Celebrate the Party, Celebrate Spring, Celebrate the Renovation of the Country” juxtaposed with a Gucci store across the street and Longchamp shop just a stone’s throw away.  The irony is so thick you can cut it with a knife.  (Another irony was that fact that many families in southwestern Hanoi, including Yours truly, were recently without water for four days because a water pipe from the Da River in northern Hoa Binh Province broke.  I chuckled thinking of people living in condos worth hundreds of thousands of dollars and homes worth over a million dollars driving in their cars worth 50k-over $1 million to homes without running water.)

If you’ll indulge me for a brief yet related digression, some aspects of the rapid generation of income and wealth in Vietnam remind me of Mahatma Gandhi’s seven deadly sins.  It is the first one that stands out here like a full moon against a pitch black sky:  Wealth Without Work.  While many have earned what they have, which enables them to live a life of luxury, others have not.  It has fallen into their laps like manna from heaven – essentially getting something for nothing other than who they are and who they know.  It has come from valuable property that was once worth little to nothing (luck), rampant real estate speculation (luck/timing), insider information in stock market trading (fraud), record gold prices, corruption (skimming the cream off the top, so to speak), and billions of dollars of foreign direct investment.  A lot of it is “easy money,” earned not by creating a product or offering a service of value but simply cashing in on one’s connections, relationships and inheritance (e.g., land).  In many cases, it’s the conversion of political into financial capital.   And, as in other countries, once you’re rich, it’s fairly easy to make money with money.

It is my hope that Vietnam injects more “socialist orientation” into the “market economy,” as the slogan goes, and finds ways to allow more Vietnamese to enjoy the fruits of an expanding economy through improved education, health care, sustainability (e.g., environmental protection), less corruption, an equitable tax policy and efficient collection of taxes, sensible government spending priorities, volunteerism, and a growing culture of philanthropy.  In doing so, it can address some of the other sins, which include pleasure without conscience, commerce without morality, worship without sacrifice, and politics without principle.

(Note:  Vietnam does not have a monopoly on “wealth without work” or any of the other “deadly sins.”  Look no further than my home country, the United States, which has them in great abundance.)

Since the name of this blog is An International Educator in Vietnam, I would be remiss if I didn’t point out that parents of means are setting aside enormous sums of money to invest in their children’s education in Vietnam and overseas.  It is this generation of income and wealth that allowed over 100,000 young Vietnamese to study overseas last year.  (By conservative estimates, that amounts to over $1 billion.)  Of those who study overseas, many will remain, but most will return to Vietnam sooner or later.  Tens of thousands of others are enrolled in international standard (i.e., pricey) institutions at home.  Overseas study, aside from its many short- and long-term personal and societal benefits, is also a status symbol that earns both parents and students certain bragging rights.