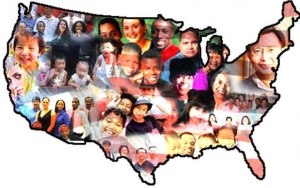 As promised, this is a follow-up to my 23 April post entitled Adjusted Refusal Rate – B Visas Only (Fiscal Year 2011).  Vietnam ranks 8th among all “sending countries” (i.e., places of origin) with over 18,500 young people studying at all levels of the US educational system according to the latest US Department of Homeland Security update.  It ranks 7th in another (unlikely) category:  immigration.

Here’s another reason why the consular officers in the US Consulate General in Ho Chi Minh City (HCMC) are so busy.  From 2002-2011 304,860 Vietnamese emigrated to the US.  (That’s more than the population of Dalat in Lâm Đồng Province in the Central Highlands.)  According to the 2002-2011 list  (Excel) of Persons Obtaining Legal Permanent Resident Status by Region and Country of Birth, Vietnam ranked 7th in 2011.  Most are from the South and have relatives in the US, those who had some sort of connection with the former South Vietnam and who left Vietnam in several waves of emigration.

This of course explains why it is difficult to obtain a visa because many young people do in fact attempt to use the F-1 as a means of emigrating rather than filing a petition for an immigrant visa, sitting back and waiting (very patiently) for the bureaucratic wheels to turn.  HCMC is the largest K-1/Fiancé(e) visa post in the world.  Those who fail in their attempt to obtain a K-1 visa will often apply for a F-1 (student) visa.  It’s also a high fraud post, incuding bank documents, academic transcripts and diplomas, a booming business in Vietnam.

As those of you in the biz know, applicants must meet the requirements of the holy trinity of US immigration law:  1) be bona fide students; 2) have the ability to pay; and 3) have the intent to return to Vietnam.  How does the consular officer determine this ia few minutes?  Questions, documents, training (e.g, ability to “read” the applicant), experience and intuition.  If the answer is “NO,” as it often is, the applicant learns about section 214(b) of the Immigration and Nationality Act (INA), which states that

Every alien shall be presumed to be an immigrant until he establishes to the satisfaction of the consular officer, at the time of application for admission, that he is entitled to a nonimmigrant status…