Vietnam’s Ministry of Education and Training (MoET) recently announced plans to reduce enrollment at 23 universities and colleges.  According to Bui Van Ga, a vice minister, the intent of the policy is to “focus on quality instead of quantity.”  Enrollment quotas will be reduced between 10% and 100% at the 23 institutions “because of failures to meet required conditions on lecturers and facilities.”  MoET also announced that it would oppose any plans to establish new universities between now and 2020.  (Read this article to learn more.)

There are currently 419 universities and colleges in Vietnam, including 82 private institutions producing 14% of all graduates, according to MoET.  Among these are 204 universities and 215 colleges.  This is extraordinary when you consider that Vietnam still has an elite higher education system.  Universities offer four-year bachelor’s degrees while colleges offer three-year vocational programs.  The latter are higher status and more prestigious.  In fact, the goal of some colleges is to be “upgraded” to a university. 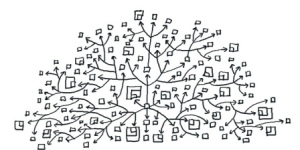 Like many other aspects of Vietnamese society, there has been a mad rush to make up for lost time, take advantage of a plethora of new opportunities and respond to a skyrocketing demand for education and training- without the requisite infrastructure or quality control systems.  Not surprisingly, one end result has been “deficiencies in infrastructure and teaching staff,” one of the stated reasons for the enrollment freeze.

In Vietnam “private” in higher education generally means for-profit.  Investors are looking for healthy and quick returns on their investment, which means that quality often suffers.  (Does this scenario sound familiar in other countries?)  As the article points out, few private institutions reached their quotas with most falling in the 30% to 60% range.   (For more information and  various stakeholder opinions about private institutions, check out this article, Private universities seek better treatment, which appeared on 4 April 2013.)

Put simply, Vietnamese higher education is between a rock and a hard place.  It needs to improve quality, which can be addressed with increased funding and specific policy changes, but it will not happen overnight.  On the other hand, the number of students who want to pursue higher education continues to rise.  The government’s plan to reduce enrollments is probably a step in the right direction, given the system’s inability to provide quality education to currently enrolled students.  It is an admission that much of the recent growth has been uncontrolled.  The “gravy train” has also been derailed for some private schools.   Finally, another related issue is the number of students studying “academic” subjects vs. the need for more to study vocational subjects.

It remains to be seen how this contraction will influence the number of Vietnamese students studying overseas.  For those who choose (or are obliged) to study at a college (vs. a university), the impact should be non-existent.  (For a quick overview of the difference between a university and a college, check out this Wikipedia entry about Education in Vietnam.)  Limits on access to private schools may be an impetus for more students of means to select an overseas study option.  Stay tuned.